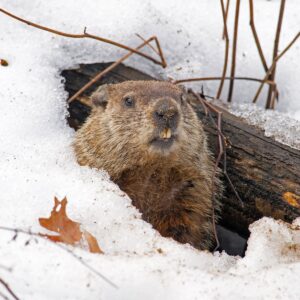 Without the groundhog, Feb 2nd would be just another day on the calendar. Can the groundhog really predict the end of winter? Will the groundhog see its shadow or not? Why do we care?

It is believed that if the groundhog emerges from its burrow on Feb 2nd and sees its shadow, it will retreat to its den and there will be six more weeks of winter. No shadow signals the early arrival of spring. Since the groundhog hibernates every winter, the fact that it would consider leaving its burrow is an instinctive sign that spring is to follow.

We sell only to the wholesale trade. If you are visiting this site as a retail customer, please look around the site. It contains a lot of information about the plants we grow which you may find useful. However, we do NOT sell to the retail market and cannot respond to retail inquiries.